Read on to grasp some advice to explore 3 food heavens for your Vietnam culinary tours – what to eat and how special they are!

When coming to a country, not only the local people, places or experience but also the cuisine impresses tourists. Vietnam is divided into three regions, including the North, the Central and the South. Although there are common features in the dining style, there still have different characteristics in each region. It can result from the differences in geography, culture, climate, and taste, but above all, it contributes to bringing richness and diversity to the cuisine of Vietnam.

Northern cuisine is a bold statement of a long-standing culture. Coming to the rendezvous was the capital of many dynasties, and Hanoi was considered as the elite cuisine of the North with delicious dishes such as noodles, noodle soups, Bun Cha, Bun Bo, and special spices like Pho Cuon or Nem.

Northern cuisine is not dark, spicy, fatty and sweet like in other regions. It is tasteful, not too intense but colorful. They mainly use diluted fish sauce, shrimp paste, many vegetables and easy-to-make freshwater fish such as shrimp, crab, fish, clams, mussels etc. And in general, due to the ancient tradition of poor farming, Northern cuisine was less prevalent with the main ingredients being meat and fish.

Northerners prefer tasty food, focusing on the natural flavor of the ingredients and colors. They love eye-catching food to stimulate the taste buds. Besides, the northern dishes are also processed in a sophisticated way to highlight the appeal of each dish.

Northern cuisine is not just a unique feature, each dish has its own hallmarks and characteristics of each land, showing the way of processing flowers, decorations and levels of reward. It is not natural that the ancient people gave the ancient land the phrase "eat in the North of Vietnam," perhaps also because the cuisine in the North is tasteful, not harsh and especially respects its nature.

To add flavor to each dish, northerners often use a little vinegar or lemon, switches. The familiar sauce of the North is the pureed fish sauce and shrimp sauce.

This is the most popular dish in Hanoi as travelers love it for the savory broth and slow-cooked meat, both beef and chicken, and just around $2 US. I really like its condiments, especially the small but potent red peppers and freshly made rice noodles. Let’s try it, it is actually a cheap bowl of soup with ultra-fresh ingredients and slow-cooked, melt-in-your-mouth slices of beef or chicken.

If Pho is Hanoi’s number one dish, then Bun Cha ranks easily number two when it is regarded as a Hanoi local food favorite, where grilled pork and rice noodles are the stars and fresh herbs, sliced papaya, red chili and garlic are the supporting players. And you can add fried spring rolls to the mix to enjoy the dish in the most amazing way.

The goat meat is popular at everywhere, but tourists are often served with raised goat meat. Ninh Binh’s goat meat taste is better than other regions for two main reasons: Ninh Binh has many limestone mountains for raising goats so the meat is fresh and firm.

Also to have a good rare goat meat dish, the locals have to perform several steps from the processing procedure to the mixture procedure like fresh meat and crispy served with precious fine herbs which are all good for health. They are ginger, chilly, lemon, seasoning powder, or citronella and all these ingredients and spices are well-mixed with goat meat. That is why this dish is nutritious and delicious.

Finally, perch sour soup (canh chua ca ro) is also the specialty of Ninh Binh with luscious and unique taste. This dish has a sweet favor mixed with sour taste of pickles, the cool fresh taste of tomatoes & tofu, fleshy, crunchy and aromatic taste of perch. A lot of taste vary in your mouth, that’s amazing, right? One of the famous specialties of the lowland limestone karst mountains in Ninh Binh is not to be overlooked is the sour cabbage soup. Deer fish fillet is also available but the checkered fish from the General School, the land with many new caves is special. Choose carefully from the fatty perch after careful processing to make a sour pickle dish of melon with the sweet taste of fish, cool of tomatoes and tofu, all Mix together to make this attractive specialty.

What’s about the wild Northwest? Don’t worry! Another food heaven is waiting for you such as five-color sticky rice, Jambon (smoked pork), Cap Nach Pork, Gobies burying ashes, Thang Co, Pau Play Day cake, or Bamboo sticky rice. When traveling to Northwest of Vietnam, you will not only explore unique cuisine but more interestingly get closer to ethnic minorities - their customs, cultures and stunning natural beauty as well. Some suggestions are Sapa, Hagiang and Dien Bien.

2. The Middle of Vietnam – sophisticated and spicy cuisine

Not as varied as Northern cuisine, not as diversified as the cuisine in the South, the Middle impresses us by the beauty of an elegant land. The locals use spicier but less sweet flavors than the South. Especially Hue people, from the dishes for the common people or kings serve many dishes with spicy and especially the sour like tomato sauce or shrimp paste.

Due to its location, The Middle is not as fond of nature as other areas, so the people here always appreciate and turn their wonderful products into the flavor of food. They dedicate to the dishes and make the best ones. It's very personal, but once you enjoy it, it will be such a memorable taste.

The poetic and romantic beauty of Hue, its dignified and friendly locals, as well as a lot of great food - especially “the heaven of cakes” will give visitors memorable moments with their family or friends. Making these cakes seems to be easy, but it must be meticulous and extremely clever to give the cake good taste.

Each land recalls a unique dish: Hanoi with street food and Hoian with Mi Quang for example. And for Hue, Banh Beo seems to be such a hit with tourists.

Although visitors can enjoy this dish in the Northern of Vietnam, Hue’s Banh Beo is quite different. They are steamed rice cakes, topped with pork cracklings, herbs, or dried shrimp. It is served with special sausage to create different flavors of Banh Beo in dreamy Hue.

As its names, when talking about Banh Beo, we refer to something simple, fragile and small as the water-fern in a far-away village pond or lake. The white color of the cake seems pure along with the bright pink color of the shrimp plague creating an eye-catching dish.

The special way to enjoy Banh Beo also makes visitors exciting. They must use a small and thin bamboo bar as the knife to scoop Banh Beo in the plate, then take a small spoon to lightly sprinkle some fat on the cake and sprinkle shrimp and fat on top.

Hue people often fill the cake full of milk or in small plates. And Banh Beo is best served with Hue’s traditional sauce. This elaborate sauce includes pure fish sauce mixed with fat, sugar, garlic, chili and is cooked from fresh shrimp. So the sauce has the sweet taste of shrimp, the fat of the pork, the hot spicy of chili mixed with aromatic and fragrant cakes to create an unforgettable taste.

Going to Hue without trying Banh Khoai will be such a big pity. They call it "pleasure" cake to prove the delight when enjoying it. It is made from rice flour and gets yellow by mixing with chicken eggs and turmeric powder. The bread is made from shrimp, raw spices and spring rolls.

The broth, a special sauce of Hue with traditional recipes is the soul making the unique taste of Banh Khoai.

Many tourists consider Banh Khoai as Banh Beo; however, this cake is smaller, thicker and crispier than Banh Beo due to the "secret" formula, the fire when frying cake and the sauce.

Hue people are famous for being meticulous and sophisticated in cuisine. Looking at how they prepare the dough, the fire, how they pour the flour into the pan, or how to turn the cake and calculate the time for crispy cakes, we have to really admire their heart and passion on this dish.

Banh Khoai is made right on the vendors. The creaking sound and the aromatic scent are hard to resist. If Banh Beo can be served with chili or spicy sauce, this cake is much more "seductive" by its dipping sauce depending on careful preparation and esoteric recipes of each family.

In Hue, Banh Bot Loc is made by local people and packaged in a quite separate way, which creates a unique and attractive appearance of this dish. In the hundreds of, and even thousands of Hue’s special cakes, Banh Bot Loc is a simple, easy to eat, less sensual gift than the others.

When trying a piece of cake, the toughness of the powder and the salty taste of the shrimp will attract you immediately. This cake is better to be served with delicious fish sauce together with shrimp, little satay, lemon and chili.

As one of the cakes that will conquer the world's most difficult gourmets, it is no surprise when Banh Bot Loc is introduced in the list of 30 delicious cakes in the world on CNNGO site, next to other famous cakes such as Shanghai dumplings, Italian Ravioli cake or Daifuku of Japan.

Along with Banh Beo, Banh Khoai and Banh Bot Loc, this is a type of cake made from rice flour spread on banana leaves. It is topped with the scent of aromatic grilled pork mixed with minced shrimp and little green onion.

The cake is luscious, easy-to-eat and most delicious to be served with the sweet and sour fish sauce with strong spicy. You can also try this cake with shrimp balls everywhere from street vendors to luxury restaurants.

The most special feature is its nutritious cake-filtering, which is dedicated to children suffering from malnutrition.

The food reflects the culture and its people. Yes, Southern cuisine is simple and charming, not as sophisticated like the honest locals, and just like the simple way of life - the nature but the love of the people here.

Food in the South is very diverse because of the interference of many regions as well as many different ethnic groups. Southern people prefer the food to stimulate the taste, was sweet, must be sweet, has spicy, must be spicy, salty, must be salty, sour, must be sour, bitter, must be bitter.

Interestingly, when thinking about Southern food, tourists often remember amazing dishes with the flavor of coconut milk. Indeed, the food in the South is often accompanied coconut juice to create more appealing taste. In addition, they also like to add pepper to their dishes to add flavor.

Despite differences in ingredients or taste, there are similarities expressed through the structure of meals, principles of processing such as water, fish sauce, vegetables and a wide variety of dishes. Therefore, not only Vietnamese but many foreigners love the food culture of the S. Let’s backpack and explore Vietnam cuisine to have such amazing and meaningful moments. 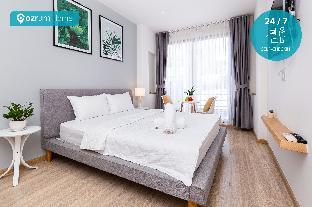 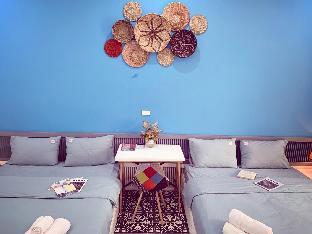